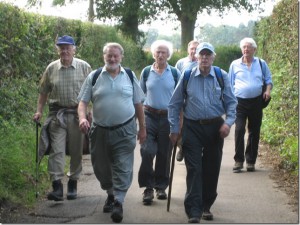 Outings prior to the Covid restrictions imposed by the Government have included visits to the Cutty Sark (last of the sailing tea clippers), Grand Order of Water Rats museum, Middle Temple Hall and Kenley Airfield for gliding.

A recent innovation is the introduction of Rail Trips. Early destinations have been Walthamstow, Portsmouth Harbour and Cardiff. We take advantage of the special low pricing arrangements offered to Senior Citizens.

Theatre bookings are occasionally made at Bromley’s Churchill Theatre and Croydon’s Fairfield Hall. Recently we enjoyed the Last Night of the Croydon Proms concert at Fairfield.

Bridge playing groups meet periodically for ‘not too serious’ competition.

A small group of enthusiasts has formed a Snooker players section which meets and sometimes eats at the prestigious Olympic Snooker Club in Swanley, Kent.

A weekly swim at West Wickham baths, for a few members is followed by a convivial drink in the Railway pub on Fridays.